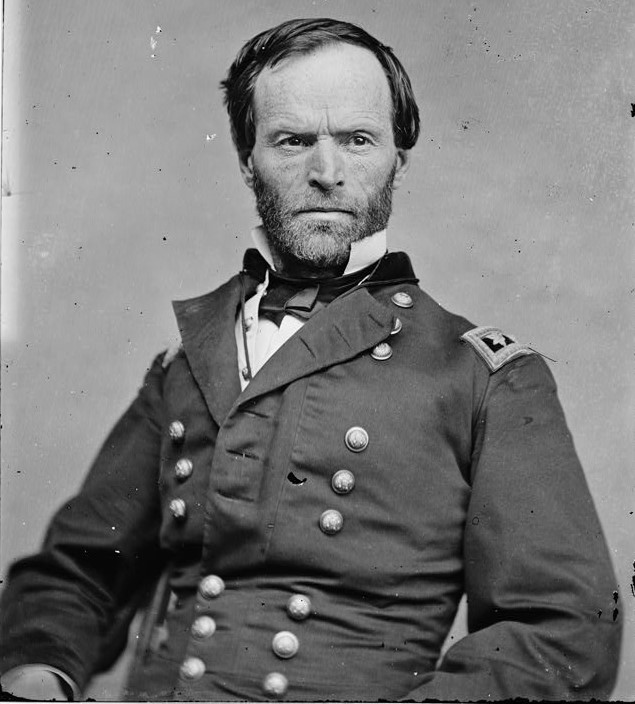 The Fairfield County Heritage Association is hosting a 200th birthday party for Lancaster’s most famous son, General William Tecumseh Sherman, and the celebration will probably be unlike any other you’ll attend in your lifetime.

“Because you only turn 200 once,” says Tammy Drobina, executive director of the association.

The party will be held from 6 to 10 p.m. on Saturday, Feb. 8 at the Mill Event Center, 431 S. Columbus Street in Lancaster — exactly 200 years since General Sherman was born in a modest home in Lancaster’s historic downtown (which will be open for tours).

It’s sure to be a fun and eventful night with guests encouraged to wear Civil War attire, enjoy a mixture of contemporary and Civil War music, and revel in history.

Attendees can expect Civil War trivia (prizes for winners), a silent auction, a costume contest, and also a General Sherman look-alike contest. (Mutton-chops are not necessarily required; contest rules allow dressing as the general at any age or stage of his life.)

There will also be performances by two actors from New York, playing General Sherman and General Ulysses. S. Grant, who will reenact accurate conversations between the two Union commanders.

Tickets are required and include all of the evening entertainment, heavy appetizers, a specialty cake donated by The Confectionary, coffee and tea. There will also be a cash bar available.

Tickets are available in advance for $40 by visiting www.fairfieldheritage.com or by calling the heritage association at 740-654-9923. Tickets can also be purchased at the door for $45.

For those interested in turning the visit into a weekend getaway, there are other activities planned for February 8 & 9.

In combination with General Sherman’s birthday party, the historical association is hosting a walking tour through Lancaster’s historic downtown district to show where Sherman grew up and his eventual career path to the military.

The walk begins outside Sherman’s birthplace and continues to his foster home where he lived following the death of his father in 1829. (Sherman was one of 11 children and his mother had no income or inheritance, so friends and family stepped in to care for the young children, including General Sherman who was 9 when his father died.) These are two of the various locations along the tour filled with rich history and a chance to walk in the footsteps of the famous general when he was an adolescent from humble beginnings. The tour will end at General Sherman’s statue, which is also downtown.

The cost is $10 with registration required and space is limited to 25 people per tour. The first tour is at 2 p.m. on Feb. 8 and the second is at 11 a.m. on Feb. 9. The tour will last about 90 minutes, so those in attendance should dress for the weather because the entire event will take place outside.

The heritage association will have both the Sherman and Georgian homes/museums open that weekend for tours. Both homes are indicative of the 1830s but from differing economic perspectives, one from a modest/middle-class and the other showing a wealthy, upper-class way of life.

The second floor of the Sherman museum was renovated in 2018 and has interactive displays, maps and a replica of Sherman’s field tent with a video. The museum is self-guided, so visitors can enjoy at their own pace.